“Presto has an incredible ability to connect with whatever age group he’s entertaining.  The result is totally engaged kids and shrieking hilarity!”

Bring the FUN to your next event with Northwest Arkansas’ Favorite Family Magician! 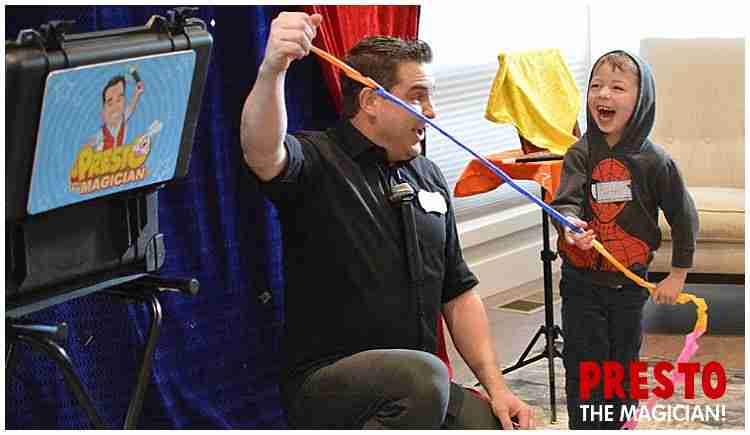 Throwing a kids birthday party near Bentonville, Arkansas? Make your child the star with Presto the Magician! Presto LOVES performing at kids birthday parties and kids have a blast. His shows are a high-energy, interactive experience the whole family will enjoy. Guaranteed to be one of the funnest, easiest parties you’ve ever thrown. 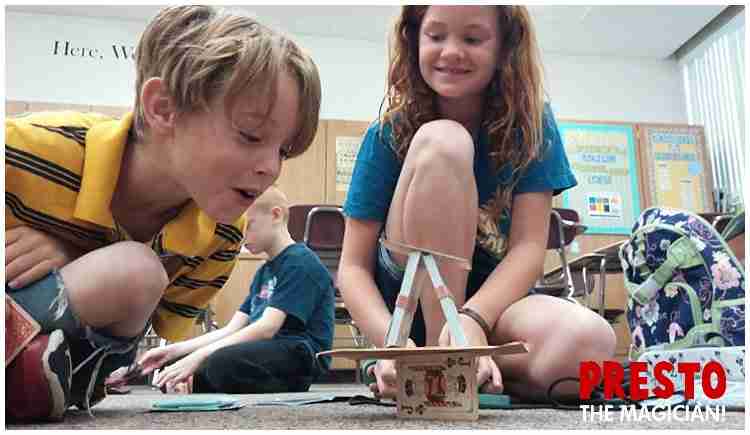 Kids LOVE learning magic! We offer virtual, small group, and summer camp classes and workshops. Be sure to check out our VERY POPULAR Presto Magic Academy and the award-winning Discover Magic curriculum that uses magic to teach life skills like respect and confidence, and build confidence and character. Coming to a rec center and after school program near you! 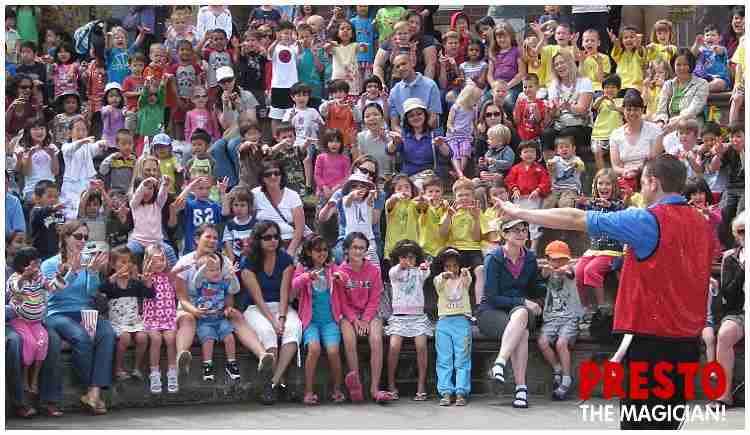 Presto the Magician is a guaranteed crowd favorite! Presto offers stage shows, roaming, close-up magic, or a mix of both. People of all ages will enjoy the fun, the humor, the audience participation, and, of course, the amazing magic! Presto also performs as Kevin Allen | Comedy Magician 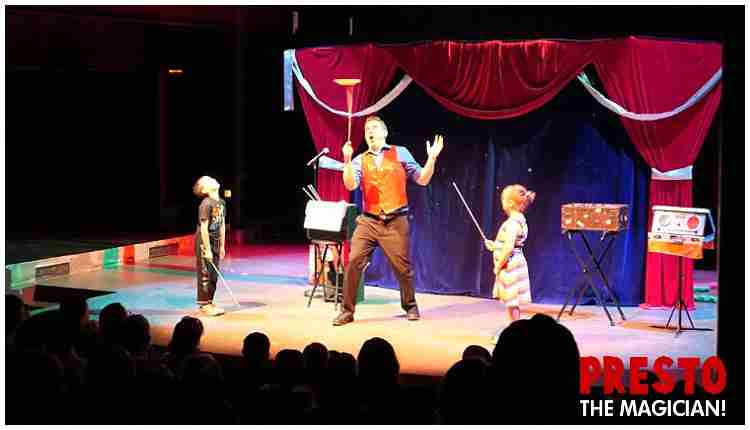 Add some magic to your next event! Presto’s shows are perfect for family events, holiday celebrations, family reunions, libraries, schools, malls, grand openings, and more. Presto offers stage shows, roaming/walk-around magic, and can tailor his show to nearly any age group. Magic universally appeals to people of all ages, and people love to laugh, making Presto’s comedy magic shows a sure-fire solution to your entertainment needs!

“Presto is a real pro! We hosted an end-of-summer party at our house and needed a way of keeping the 30+ kids at the party happy and entertained. Presto put on a great show that was VERY funny. Both the kids and parents loved it. He’s easy to work with and reliable. I highly recommend him!”

Kevin (aka Presto) first got interested in magic when he was eight years old and watched his uncle perform magic at a family reunion. After convincing his parents to buy him a magic set, and quickly learning all the tricks, he was performing shows for his neighborhood out of his garage! When he was 14, Kevin started performing for events in the Seattle area, including the Seattle Children’s Hospital, where he performed with his brother, Evan. It was performing there he first realized that magic was a vehicle and had the power to lift spirits and make people smile.

Kevin’s love of magic has continued to this day (basically, he never grew up), where he performs as Presto the Magician and Kevin Allen|Comedy Magician. In 2021, Kevin relocated to Bentonville, Arkansas and is super-excited to share his unique style of magic with the people of Northwest Arkansas.

“The greatest thing about being Presto the Magician is getting see the wonder and hear the laughter from my audiences. I truly love what I do and feel blessed that I can share happiness with others.” 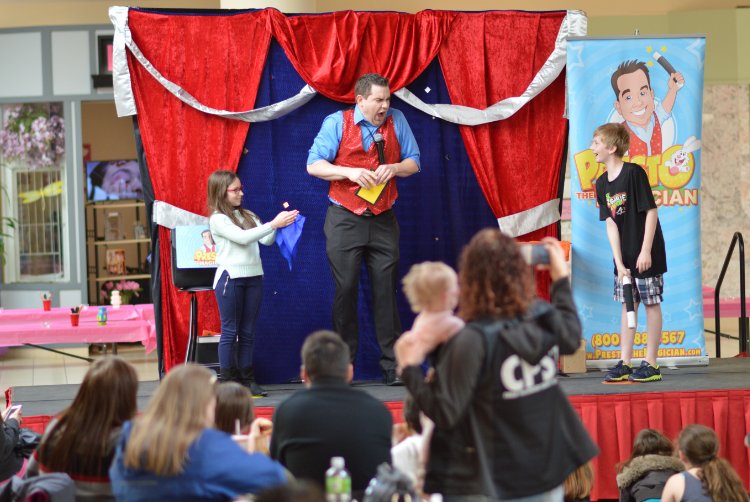 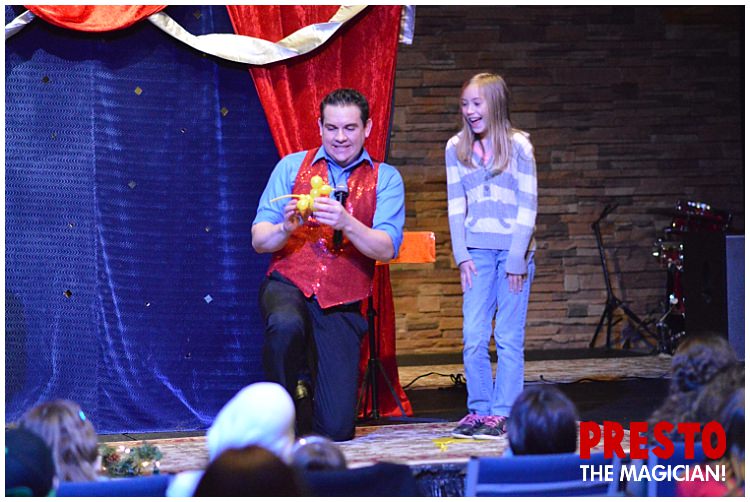